After an incredibly busy weekend spent far outside the "writing world," I dove right into Monday morning with a backlog of manuscripts I'd promised to critique.

Most of these critique groups are online, meaning I only know the other authors in a "virtual" sense.  So it's with little knowledge of the actual human being behind the work that the former editor-in-chief in me delves into ripping apart the manuscript. 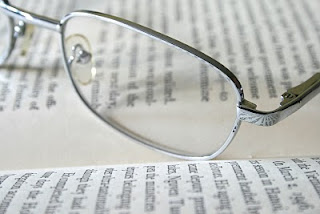 That being said, I know all about the "sandwich method" and try to employ it–I start with something nice, load in the meaty criticism and then top it off with another "nice slice" of bread.

This Monday morning, I feel more like I'm making tortilla wraps than Texas-Toast club sandwiches, though.  The "bread" part of each sandwich has been minimal, at best.  But the pieces I'm editing aren't getting worse–I am the one getting pickier.  And, if I've come up short on compliments, I look harder, following my own version of the rule: "If I can't say anything nice, I'm not doing my job."  This rule of mine applies even in one of my tell-it-like-it-is writing groups, "Truth in Critique."

The more and more I edit other writers' works, the more insightful I am becoming about any work I read or write.  I honestly feel blessed to have the opportunity to read and critique quite a number of pieces on a weekly basis, and in turn have my work viewed from a fresh perspective.

As I resume my critique work this afternoon with the final three in my backlog, I'm going in with a recipe:  flatbread instead of tortillas, or perhaps a double-decker with a bun stashed right in the middle.

Off to lunch, first though– all this sandwich talk sure makes a writer hungry!
Posted by Miranda Paul at 10:57 AM