Worldly Wednesday: Does My Head Look Big in This? Aussie Book Review 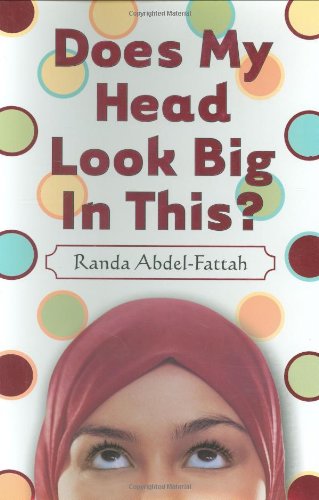 Recently,  I picked up a book written by an Australian author called Does My Head Look Big in This? by Randa Abdel-Fattah.  Since I've helped UK-authors and even one Australian author edit their work in the past, I was prepared to read a novel with a slightly different perspective on culture, infused with many Aussie words, etc.

However, as I read the novel, I was struck by how 'American' the novel really seemed.  Before I go on, let me say that I don't see this as a bad thing; it was just a surprise.   (Note: The version I read was the version released by Orchard Books in New York, not the first publication by Pan Macmillian Australia in 2005.  Don't know if the two are vastly different, but something worth mentioning I suppose).

Aside from about four words that reminded me I was reading an Aussie-authored novel, I mostly felt that I was reading an American novel.  But, I couldn't put the book down.  In the first few chapters, the main Character, Amal, seems a bit snobby and over-teenage-esque (does that sound American?).  But quickly, she transforms into a realistic, wholesome character and I must commend Abdel-Fattah on her consistency of voice throughout the novel–which matches the title perfectly.

As a former English teacher (who may reenter the classroom again when the time is right), I'm always scouting for both American and world novels that not only introduce different cultures, but demonstrate for my students how alike human beings across the globe really are.  We are both self-conscious and proud, we long for affection and attention, and just when we think we've got things figured out–our world changes.  This novel is exactly that type of novel, addressing these issues.

Does My Head Look Big in This? is a novel I think that teenagers would really get into.  Sure, there are a few racy slang words in the book, but by far nothing compared to the canon of great literature (or reality TV) that our kids are exposed to.  Overall, it's an engaging story and I read it in two days.

I'm glad I read the book and it actually has inspired me to look for more great titles from Aussie writers.  Typically, I scan the shelves for new African or Central Asian authors, but on this Worldly Wednesday I'm making a note to be even more global and less focused on the areas of the world I've studied most.

Have you read a good Aussie novel lately?  Have a favorite Australian Children's or YA Author?  Like Vegemite?  Share all things Aussie today!

Email ThisBlogThis!Share to TwitterShare to FacebookShare to Pinterest
Labels: Australia, Book Review, Does My Head Look Big in This, Randa Abdel-Fattah, worldly wednesday

This book looks great! I will have to check it out : )